50 Cent to Rick Ross If He Dies, He Dies 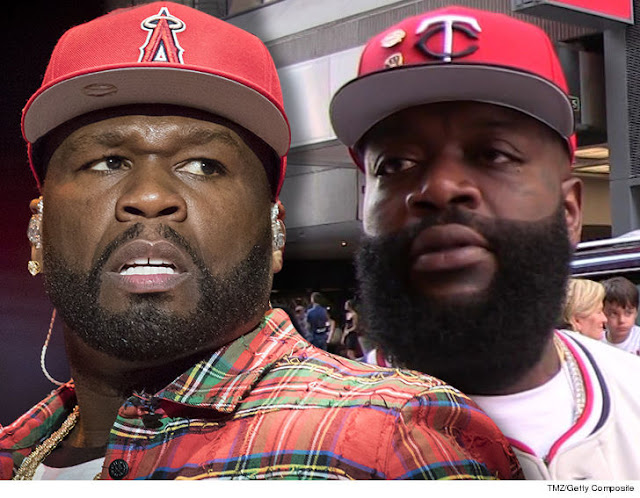 The picture he posted is of Ivan Drago from "Rocky IV" -- the precise scene is when Drago is standing over Apollo Creed as Creed is dying. Drago says, "If he dies, he dies."

The implication is clear ... at least to a swarm of people who have interpreted this as a direct shot at Rick. As you know, TMZ broke the story ... Rick is in the hospital hooked up to a machine that is performing heart and lung functions.

50 and Ross have had a longstanding, bitter feud. It got so bad, 50 once posted a sex tape of one of Rick's baby mamas ... which brought their war to a fever pitch.

No word yet from Rick's camp, but we're guessing his people will respond.